This post may wind up covering a variety of barely-related topics. I have a bunch of stuff in my head today and I’m making connections between things that might not make much sense. Buy anyway…

I had to renew the registration for my car recently. I normally do that by mail, and I did that again this year, and got the registration card back, no problem. But then I got a letter saying that NJ MVC had undercharged me by $7 due to a computer glitch and I’d have to pay that. The letter didn’t really include any helpful information about how to submit that $7 to them. It wouldn’t let me do it online. And there was no indication that they’d accept it by mail. I definitely don’t want to go near an MVC office right now, since they’ve been mobbed ever since they reopened in July. (Apparently, the line at the Somerville MVC starts forming at 4 AM every day.) I really wasn’t sure what to do, but thankfully I found an article on nj.com today explaining the problem and indicating that it was OK to mail in the $7, and gave the address to send it to.

NJ.com has been reasonably useful throughout the pandemic. They’ve run a lot of good, useful, articles. (Mind you, they also run a lot of nonsense and clickbait.) They started asking people to pay $10/month to subscribe to the site at some point earlier this year, and I thought about doing it. But I couldn’t quite talk myself into it. First, there’s the aforementioned nonsense and clickbait. Then, there’s the worry that they won’t make it easy to cancel.

In the past, I’ve often used virtual credit card numbers when I’m subscribing to something that might be hard to cancel. Citi used to have a good program for virtual card numbers, including a Windows program that you could use to generate them on the fly and copy them into forms on web pages. But that program stopped working a while back. And the web-based version relied on Flash, and I don’t have any browsers left on any of machines that are still running Flash. So I kind of gave up on them.

I saw an announcement today from 1Password saying that they were going to start integrating with privacy.com to allow users to generate virtual card numbers right from 1Password. That sounded promising, but it draws from your bank account, and not from a real credit card. So it seems like there could be complications there. But that got me thinking about virtual card numbers again, so I checked Citi’s web site, and found that they’ve finally rewritten their virtual card functionality to work without Flash. (They’ve also eliminated the Windows program, which is a bummer, but I was expecting that.)

And I saw that NJ.com recently added an option to pay $100 for a full year, rather that $10/month. So I went ahead and paid for a year of NJ.com with a virtual card number. I figure their article explaining the $7 MVC mess was worth at least $20 to me. And somebody’s got to pay for all of their articles on pork roll sandwiches and ranked lists of 326 Bruce Springsteen songs, so it might as well be me. A year from now, I’ll figure out if I want to pay for another year.

Overall, I’ve been struggling with how to both consume and support local news during the pandemic. I generally watch NJTV News every night. Their newscast is pretty good and covers a lot of NJ news, but it’s mostly political state-level stuff. I don’t currently support NJTV or Thirteen, and I probably should. I watch enough stuff on PBS that I should toss them $5/month, at least.

I’ll also occasionally look at MyCentralJersey.com, which covers some local Somerset county news, but they’re hiding a lot of stuff behind a paywall now. They have a deal for $39 for one year, and I might go ahead and pay for that with a virtual card too.

I try to get a lot of my news through email and RSS. I use IFTTT to set up some email stuff, and The Old Reader to manage my RSS feeds (along with Reeder on iOS). IFTTT has recently introduced Pro subscriptions, and I would need to start paying for Pro to keep doing some of the stuff I’m currently doing with the service. I don’t really want to do that, so I’ve been looking at shifting more stuff into The Old Reader. But I hadn’t really looked too closely at IFTTT Pro. I just noticed a blog post from David Sparks that’s got me a little more interested in it. It sounds like they might be adding enough value to make it worth the minimum $2/month that you can pay for Pro under their current “set your own price” plan. It’s not quite clear, but maybe you can actually write code as part of Pro applets? That would be useful.

So, yeah, this is me going down a bunch of rabbit holes and thinking about spending a bunch of money. I should probably stop now.

Here’s another blog post about the program I’m currently working on at my job. This is the same program I blogged about yesterday and a couple of weeks ago. Today, END_OF_DOCUMENT_TOKEN_TO_BE_REPLACED

I’m working on a .NET Core console app at work that, on one level, is pretty simple. It’s just calling a couple of web services, getting results back, combining/filtering them, END_OF_DOCUMENT_TOKEN_TO_BE_REPLACED

After taking a sick day on Friday, I felt a lot better yesterday, but was still taking it pretty easy. I read some more Buffy comics, and also started watching END_OF_DOCUMENT_TOKEN_TO_BE_REPLACED

I went on a Buffy comics kick back at the end of 2019, reading through Buffy seasons eight and nine, Angel & Faith season nine, and some miscellaneous one-shots and END_OF_DOCUMENT_TOKEN_TO_BE_REPLACED

I had a problem at work today that I’d previously solved, almost exactly a year ago. The project I was working on then got almost completely rewritten, so the current END_OF_DOCUMENT_TOKEN_TO_BE_REPLACED

I’ve been thinking a lot about how we’re just hitting the six month mark on this whole COVID-19 thing here in the US. March 12 was my last day in END_OF_DOCUMENT_TOKEN_TO_BE_REPLACED 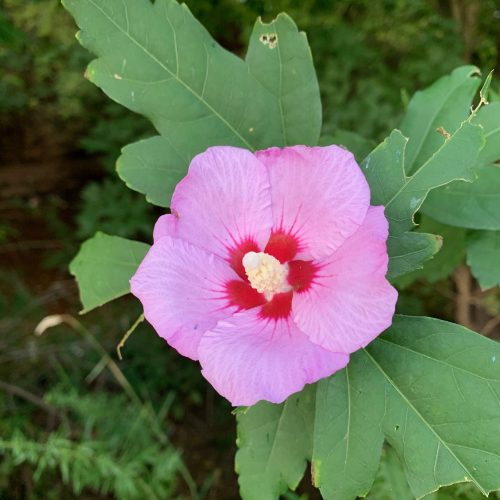 So, here it is, Labor Day. If you’d told me back in March that I’d still be working from home in September, and too afraid to take NJ Transit into END_OF_DOCUMENT_TOKEN_TO_BE_REPLACED

Well, here it is, almost Labor Day, and almost six months since the COVID-19 stuff started. Things are continuing to open up a bit more. I went for a haircut END_OF_DOCUMENT_TOKEN_TO_BE_REPLACED

I don’t have a lot to say about either of these news items, but I just wanted to note them on my blog for some reason. First: There was a END_OF_DOCUMENT_TOKEN_TO_BE_REPLACED