Today is the 12th anniversary of my brother Patrick’s death. Here’s a photo from his birthday party, long ago. I’m not entirely sure which birthday it was. I notice that he (and a couple of other kids) seem to be drinking out of Star Wars glasses, so that’s a clue, but not much of one, since we were all probably drinking out of Star Wars glasses, on and off, from 1977-1985.

Oh, and if it’s not obvious, Pat is the one in the Roselle Park shirt, with the big smile on his face. 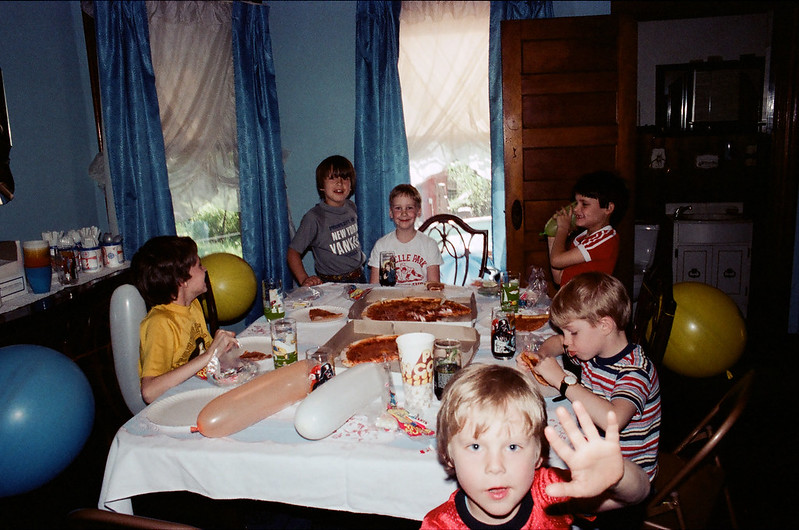